7 Most Influential Historical Events That Shaped the Modern World

Blog 7 Most Influential Historical Events That Shaped the Modern World

Major Events from Past That Change the World 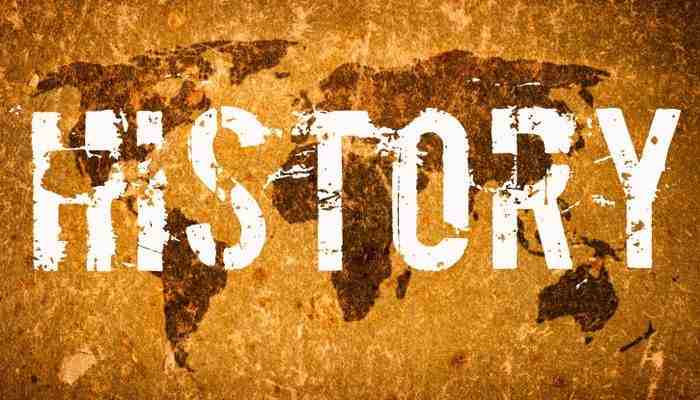 History plays an integral part in our life since it helps us understand why the world is the way it is today. Learning about history can give us an insight into our culture as well as traditions that no more hold importance in the modern world. Each day, we are reminded how past has shaped our lives and the society we live in. The way we understand history helps us perceive the modern world. To help you get the better understanding of the past, our history assignment help experts have created a list of the most influential and significant historical events that shaped the world. While some of these events had an impact on only a single country, some touched every continent on earth. Let’s have a look over them:

German printer Johannes Gutenberg’s creation of the printing press is undoubtedly one of the most critical inventions of the last 2,000 years. It introduced movable type printing to Europe and revolutionized literacy in the whole world. Books could be printed in a fraction of seconds that encouraged the spread of knowledge and enabled the fast flow of information. Before the printing press came into existence, books, religious texts, and official documents were written and copied by hand. This invention of Gutenberg was one of the vital driving forces behind the Renaissance, and it changed the world and day-to-day life of human beings.

It is believed that the American Revolution affected the United States only, but the truth is that the whole world felt the shockwaves from the war. The revolutionaries fought for the independence of the thirteen colonies and also for the enlightenment ideas against the British monarchy. The war gave birth to the United States and promoted the idea that everyone was born equal and should be treated impartially. The American Revolution is regarded as one of the most influential events in our history that shaped the next two centuries. It also paved a path for the French Revolution and other revolutionary movements throughout the world.

The French Revolution is considered the most monumental and crucial historical event of the modern era because it encouraged revolutionary uprisings and changes in all parts of the world. It also paved the way for capitalism to conquer feudalism and transform the social structures of the society. The radical social and political upheavals that prevailed during the French Revolution and the Napoleonic Wars have a lasting impact on the entire globe. This revolution introduced the concept of the republic to the world and also the corps system for the military.

The Industrial Revolution first began in 1760 in Great Britain as after-effects and natural progression from the Renaissance, but it gradually spread to all other areas of Europe after the French Revolution. It resulted in the collapse of feudalism and gave rise to modern capitalism. New machines were introduced for the production of cotton which led to the factory system. It increased labor productivity in cotton-producing industries and necessitated the need in other sectors as well. The machine technology sprang up in every corner, and new ideas based on logic, reason, and science began to spread rapidly. From healthcare to transportation and technology, every modern convenience that we enjoy today was due to the Industrial Revolution.

Regarded as the deadliest war in human history, this global conflict involved almost every country on the earth. It started after the German invasion of Poland in 1939 after which Britain and France declared war on Germany. The vast majority of the world’s most powerful countries formed two opposing military alliances - the Allies and the Axis and declared war against each other. The Allies or the United Nations consisted of the United States, France, Poland, the United Kingdom, and China, as well as their dependent states. The Axis powers, on the other hand, comprise Italy, Germany, and Japan. Approximately 50 to 85 million people were killed in the war. It included massacres, strategic bombing, the genocide of the Holocaust, the use of nuclear weapons, and the premeditated death from starvation. The war ended in 1945, establishing the victory of the Allies over the Axis powers.

The effect of the colonialism stretched across centuries, and around the globe. Many European nations started setting up colonies in Asia, Africa, and the Americas in the 16th century. The Portuguese and Spanish were the first global empires, followed closely by French, British, Russian, and Dutch empires, and eventually by Germany, Italy, and Belgium. The colonial period resulted in the division of the world between these nations and its exploitation in the third world. It also caused changes in language, society, culture, and economics in many continents.

A few centuries ago, diseases were thought to be caused by demons and evil spirits or as divine punishment for sinners. But Louis Pasteur, a French biologist, microbiologist, and chemist, changed this perception and introduced the germ theory of diseases which allowed for cured of many deadly and infectious diseases developed in the 19th century. His discoveries of the principles of vaccination for smallpox, rabies, and anthrax saved many lives ever since. Later in 1928, Alexander Fleming invented Penicillin as an antibiotic that helped in curing many illnesses cause by deadly bacteria. All these developments in the field of biology, chemistry, and technology led to the age of modern medicine.

These were the most powerful and dominant events that caused significant historical and social transformations and changed the world forever. Hope you enjoyed reading this blog. For more such exciting write-ups, you can visit the blog section of our website!

7 Life-Changing Autobiographies to Read At Least Once in Lifetime
7 High-Paying Jobs in Demand for the Next Decade
7 Assessment Strategies: Use Them to Make Your Assignment A+ Grade Worthy
6 Reasons Why Youth Make Better Entrepreneurs
6 Psychological Effects That Explain Why We Behave the Way We Do

How to Draft a Solid Dissertation Problem Statement? A Guide By Experts

The Expert’s Guide to Writing an Exceptional Coursework | Structure & More

Christmas 2021: Special Offers on Gifts to Steal Hearts of Loved Ones!

Understanding Purposive Sampling Methods & How to Implement Them?