According to the topic the present report is divided in two parts. First part included the analysis of the country and for this India has been chosen. In this part GDP, earning yield, price level, currency appreciation or depreciation are evaluated. And the second part explains the analysis of industry, for this retail grocery has been taken. In this market structure, characteristics of demand and its elasticity, features of costs, pricing strategies, structural barriers to entry and entry decision have been explained.

GDP and its growth rate 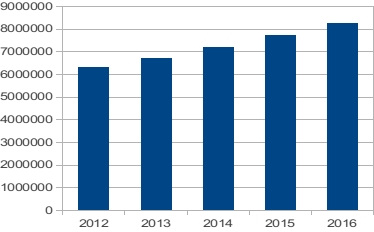 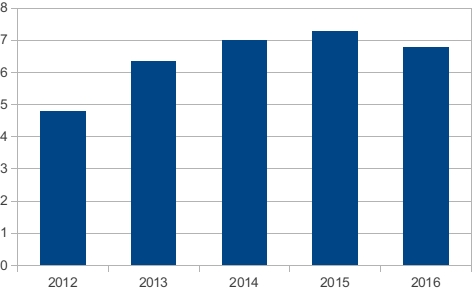 The growth rate of GDP is increasing gradually till 2015 and it fall slightly in 2016 due to economic crisis. Country need to improve it again for its development.

The percentage of yield can be calculated by inverting the Price-to-earning ratio (P/E ratio). The domestic market is to be considered by National Stock Exchange (Nifty-Fifty) and the P/E ratio is 21.94

The growth rate of India was growing at 6.8% per annum while earning yield on the domestic market was 4.46%. There is little difference between these two ratios which is normal in emerging markets.

Inflation is occur when the annual percentage change in prices of the products. To calculate inflation rate the most commonly used measure is Consumer Price Index (CPI). 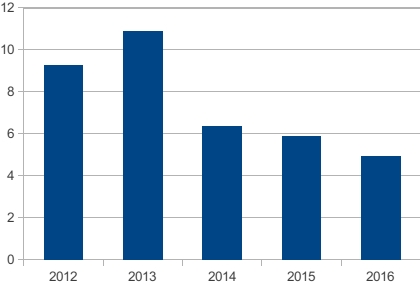 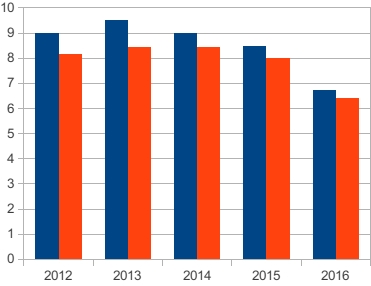 7. Characteristics and elasticity of Demand

The position-The position can be seen where the curve is placed on the graph.

The slope- The demand curve slope is downward from left top to bottom right.

The shift- The demand curve shifts when more than one item is to be considered.

8. Features of costs, Economies of scale and Pricing strategies

Variable cost:- Variable cost changes according to the per unit production. It varies from number of units produced like raw material cost, labour cost etc (MaCurdy, 2015).

Fixed cost:- Fixed cost do not change according to per unit production. It has to be incurred at any number of production like rent of building.

Importance of Economies of scale:-Economies of scale is important for those firms where large number of units are produce with less or average input cost (Dickens, Riley and Wilkinson, 2015).

Pricing strategies:- Pricing strategy is completely depends upon the company's goals and objectives. Price discrimination is come under micro economic price strategy, in which different prices are offered by identical or largely similar sellers of goods and services (Schmitt, 2013).