The book by George Orwell is '1984' and the film is by Fritz Lang called METROPOLISa. This both texts are intertextually connected and shared perspectively. It can be clearly proof through their theme, characterisation, and ideas which is represented in film and novel. Therefore, George overall quotation has supported the empowerment of women and societies.

Fritz Lang post WW1 German expressionist film metropolis (1972) , in this Film Lang investigate the societal revolution through a equalization of societal classes which is derived from the prevalence of Christianity and from the instability of the Weimar Republic. On the other hand, George Orwell,s Post WW2 statical novel critical review ideology authorities, 1948, advocates mass physical rebellion validating how changes in context can bring paradigm shifts of issues central to humanity interestingly, Orwell's technology booming context makes the dictatorial use of technology an integral concern compared with Lang's work which focuses on the way the mistreatment of technology unconsciously acts as social weapon intention to make sure conformity. In metropolis technology act as medium of social conformity while in doing so Langs warns against a production minded society which is made of drones rather than free thinking.“If you want a picture of the future, imagine a boot stamping on a human face”

In both 1984 novel and film metropolis texts are written in context of political turmoil and instability. In both context is reflected by ideas and values. Moreover, In Metropolis Weimar republic in Germany concern economic instability, class division, industrialisation and technology, eduction for masses. On the other hand in 1984 novel UK in context of Europe Orwell's personal experiences of Spanish Civil war, Global power, rise of fascism and rewriting of history. “Doublethink means the power of holding two contradictory beliefs in one's mind simultaneously, and accepting both of them.” 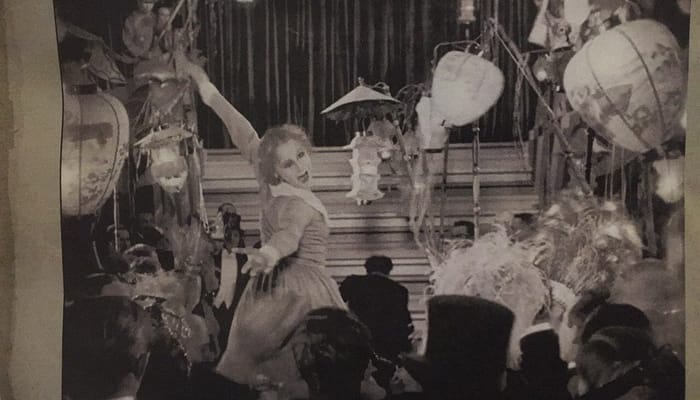 From the movie one of the scene analysed that there is some juxtaposition between the images. There are big cities above the ground and then it show dark factory underground which referred to depths. In the given scene where Maria is hooked up to machines in Rotwang's lab, it reflect the image of her evil robotic. While in one of the other scene in which Maria takes the children to freder's house. It put two opposite images side by side which show that one thing comes at the expense of the other.

In different shots it shows that action are similar to the machine, while these shot was chosen by Lang to illustrates the way machines are in control of the men, rather of the men controlling he machines controlling the men. As compare to this Goeroge Orwell quotes “But if thought corrupts language, language can also corrupt thought.” in which it want express that whatever we think it affect a way we speak and language use. Along with this it also affect eh thought of people who are surrounding us and can influence people to think a certain way. 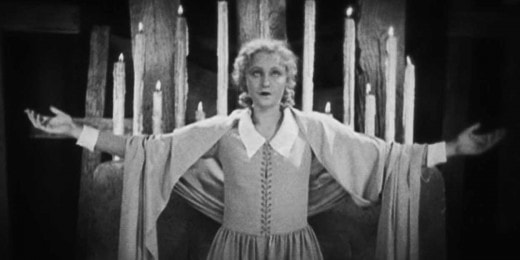 From the above scene it is analysed Maria stand with candles out in front of the crown and preaches about positive human values, further she also tells the story of the 'tower of Babel. Maria who is on of the character of Langs “Mediators”. It tell the audiences conflict between “The brain and the hands”. We see her as the peaceful leader of the worker struggle but as many religious figure the symbol of Maria (her body ) was transformed by those in power into something evil. It analysed that Maria want to preach the message of peace to people.

As compare to context of metropolis 1984 Quotes “War is peace freedom is slavery ignorance is strength” it is analyse in partly that “war is peace” because having a common enemy keeps the people of Oceania united. “Freedom is slavery” because , according to the party the man who is independent is doomed to fail. In this line man is subjected to the collective will is free from danger and want. “ Ignorance is strength” because the inability of the people to acknowledge this opposition cement the power of the authoritarian government. Our experts provide the best structural engineering assignment help to students who are struggling with their academic writing.

From the above report, it can be concluded that in 1984, Metropolis are Brilliant texts that restore society's conceptualization of possible dystopian futures. Both contexts comment on societal concerns which take place due to advancement in technology and for warning future generation that the decline in human ethics may take place at the price of humanity's lust for power. Further, it can be concluded that both Orwell and Lang, show different views on political, issues in the interest of humanity this both is conveyed by the text. On summing up it can be identified that Lang don't want a free country and want that people work according to political power while Orwell want to make country free from political power. We provide the best essay writing service in the UK with quality content at the best price. Contact our experts.

Research Proposal Background of the study The poem “The Song of the Shirt” was written by Thomas Hood in 1843, in honour of Mrs. Biddell, a widower and seamstress, living in wretched conditions. She was involved in sewing shirts and trousers with the help of material being given by

Introduction Gibbs reflective cycle is a cycle which is a description of a certain event which has happened at an earlier date and you have learned a new thing from that session (Bassot, 2015). As group discussion have been done between six team members on the PESTLE analyses. In the group

Introduction William Golding has been written the Book that is Lord of files which represent the difference between civilisation and savagery. This book is considered on the Group of British boys stranded on an uninhabited island and their disastrous attempts to govern themselves (Pettitt and

Responding to Poetry Name of the poem: Out Name of the author: Robert Frost Q1. What is this poem about? This poem is about a little boy that works as a lumberer in the forests of Vermont, New England. It talks about how the child dies by accidentally cutting off his hand with the

Introduction Lord of the files is that the novel which was written by the writer; William Golding. This book considered on the Group of British boys stranded on an uninhabited island and their disastrous attempts to govern themselves (Pettitt and et.al., 2017). This file explores the dark side of

Introduction This case study is based on the topic of Evaluation of English Language Teaching Material. Evaluation of a English Book of class 5th will be done in this study, so as to evaluate the whether the English book is suitable for the students of class 5th or not. Analysis and evaluation of

Introduction It is always suggested to perform a task in group in order to compete it on time and that also with proper quality. The time taken to perform a task by an individual will always be more when compared to same task when performed by a group. Below given are the self-reflective on the

Introduction to Literature of 20th Century William Golding has been written the Book that is Lord of files which represent the difference between civilisation and savagery. This book is considered on the Group of British boys stranded on an uninhabited island and their disastrous attempts to

Introduction to Women’s Language Different research studies have concluded that men and women use language differently. As per the widespread belief “women talks more as compare to the men” (Hall and Bucholtz, 2012). But, most of the vresear4ch studies have found contradict findings about

Art Practice & Space Sample Space is one of the most important things to consider in relation to art work outside the gallery. It is very important for all the artisans to give proper emphasis on the importance of space. Earlier no much consideration was given on the space, but later on it