Report On Benefits And Disadvantages Of Computer Sample

The purpose of this report is to survey the usage and benefits of computers and discuss it disadvantages in an inclusive manner.
This report would be completed by evaluating number of recently published journal articles, magazine articles, text books, and internet sites in regard to the topic of computers. This report describes computer, its development and its usage concerning different fields.

The first computer ever used was the abacus, which evolved approximately 5,000 years ago in Asia Minor. It is still in use and this can be considered as the first computer. This first device referred as computer appropriated users to do computations by making use of a system of sliding beads that were arranged on a rack as show in appendix 1(Bangia 2008). 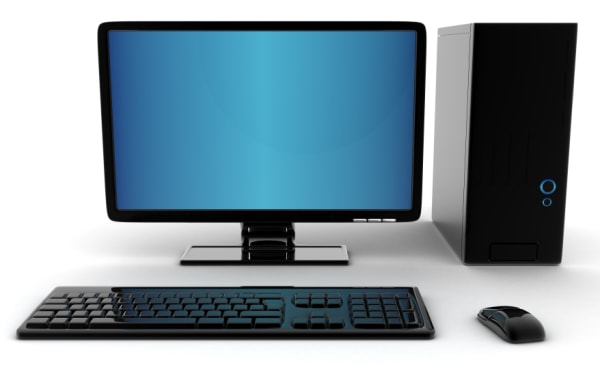 After the introduction of this device, it took more or less 12 centuries, for subsequent advancement in computing device. The history of computer development is classified in five generations (Rojas and Hashagen 2002).

First generation (1940-1956) computers were developed with vacuum tubes and used high amount of capacity. In this generation computers more relied on machine language to perform operations. In second generation (1956-1963), vacuum tubes were replaced from transistors that allowed computers to be smaller, more energy-efficient, faster, and cheaper (Parsons and Oja 2011).

Third generation (1964-1971) computers were developed with integrated circuit that significantly increased computers speed and efficiency. In fourth generation (1971-Present), it was built on microprocessor and size of computers decreased a lot.
These computers became much more powerful and were associated together to form networks.

Fifth generation (Present and Beyond) brought more drastic changes with the use of artificial intelligence (Restivo 2005). Still computers in this generation are in development for increasing its usage. Today, it is considered all of us are living in computer age that is been evaluated in this report.

A computer refers to an electronic device that executes different software programs. It is made up of two elements that are hardware and software (Restivo 2005). Nowadays, computers have become crucial, as it is used with different purposes and in fields as discussed here.

Today, almost all of us make use of computer in some or other way like for doing office work, booking tickets, searching information, purchasing and many more. It is used with an aim to help individual in his day-to-day life and work. Some of them are as follows:
Word Processing: Computer is used for word processing that automatically corrects grammar mistakes and spelling.

In the regular life of an individual, computer serves many benefits to the common people, for instance, individual can communicate with their friends and family members for long hours. Furthermore, individuals can pay their bills of electricity, mobiles, etc. through computers. It is also beneficial for online shopping via using credit cards and debit cards.

It saves both time and money of consumers (Attewell 2003). People can check regular information about their financial account and use bank services through computers and multimedia technologies. Furthermore, it supports the individual to manage their thoughts by organizing data in an optimum manner through computers.

In the field of education, one of the significant benefits gained through computer is the improvement in learning technologies. Students can learn different things and know about different cultures through computer at their places. It is one of easiest means of communication to learn foreign languages and improves technical knowledge.

Due to the computers, virtual education systems has been introduced, which allow the students to gain knowledge from best professors and teachers of the world, through video conferencing (Barrow, et al. 2008). E-learning and online education has become revolutionized due to computers.

The perception of present education industry has been changed because computer allows the student for distance learning and gain astonishing knowledge to know the world. Students can use scientific and mathematical formulas over computers easily and make different programs, which is beneficial for their personal as well as nation’s development that student use their knowledge as maximum as possible by using computer technology.

Although computer has several benefits for social as well as corporate life, but it is not free from restrictions. Subsequent are some disadvantages of computers:

Negative Impact on the Growth of Teenagers

Another disadvantage of computer is cyber crime. High use of computers in each industry such as banking, shopping etc. has increased the chances of stealing personal and financial information by cyber criminals. Increasing trend of online shopping and paying amount through credit card, debit card, and other payment systems, store the financial information of individual.

Information about online banking transaction, personal and family background, etc. are also stolen by these criminals and they use this information for their benefits. This is one of the biggest disadvantages of computers that stored information can be stolen if proper security mechanism is not used in the computer system.

Thus, on the basis of above description, in this 21st century, computer has become a considerable part of daily life at home and workplace. It is really very critical to visualize life without computer. It is using in all the field such as medical, banking, share market, education, shopping, retail industry,  astrology, astronomy, etc. Some advantages of computers are book keeping, online shopping, e-commerce, electronic education to students, gaining knowledge about latest trends, acquiring information about different languages and cultures, etc.